“Cristiano Cremonini has a timber recalling that of the young Pavarotti” 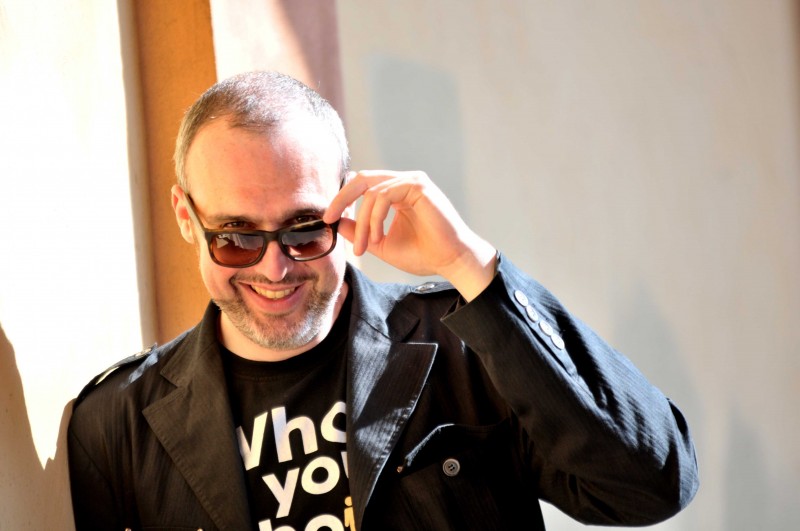 Cristiano Cremonini (1974) is an Italian tenor born in Bologna. Ever since childhood he has shown striking skills in drawing, painting and music. He began taking private piano classes, and at the age of seventeen he was admitted to opera classes at the G. B. Martini Conservatory in Bologna.

Upon receiving the Scientific High School Leaving Certificate, he continued studying opera at the Singing Academy of Maestro Angelo Bertacchi. At the same time he enrolled in the courses held at the Faculty of Drama, Arts and Music Studies (DAMS) with a specialisation in music, and he also was admitted at the Scenic Design courses at the Bologna School of Fine Arts. At twenty-one years of age he made his professional opera debut in Verdi’s Don Carlo at Teatro Sociale of Mantova (Araldo Reale).

He has sang Puccini Senior’s oratorio Il martirio di San Valentino (1754) for the first time in contemporary times, Michael Haydn’s Requiem in Do Minore, Beethoven’s 9th Symphony (at the Gran Teatro de Córdoba, next to soprano Mariola Cantarero). He made his debut with Verdi’s Messa di Requiem at the Main Lecture Hall of La Sapienza University in Rome; later he sang the Messa at the Municipal Theatre of São Paulo in Brazil next to soprano Carmen Giannattasio. He also made a world debut with John Debney’s The Passion of Christ Symphony (based on the famous soundtrack from Mel Gibson’s film) at the Accademia Nazionale di Santa Cecilia in Rome, interpreting the voice of Christ.

He has worked with main theatres and concert halls such as Amsterdam’s Concertgebouw, the Festspielhaus in Baden-Baden, the Teatro Comunale in Bologna, the Municipal Theatre of São Paulo in Brazil, the Monnaie Theatre in Brussels, the Bunka Kaikan of Tokyo, the Teatro Massimo “Vincenzo Bellini” in Catania, the Gran Teatro de Córdoba, the Carlo Felice Theatre in Genova, The Royal Opera of Wallonia in Liège, La Scala Theatre in Milan, the Teatro Regio in Parma, the Opera House in Rome, the Accademia Nazionale di Santa Cecilia in Rome, the Stadttheater of San Gallo, the Opéra de Vichy and the Opera House of Zurich.

He has performed in recitals and concerts in various venues such as the Teatro Comunale of Bologna halls, the Teatro Auditorium Manzoni in Bologna, in La Pergola, in Palazzo Pitti and Palazzo Vecchio in Florence, in the Auditorium Conciliazione in Rome and at the Teatro Comunale in Modena. He has worked with singers such as Patrizia Ciofi, Mariella Devia, Cinzia Forte, Mirella Freni, Nicolai Ghiaurov, Elena Mosuc, Leo Nucci and Michele Pertusi.

In April 2009 he launched his first record at the Teatro Comunale in Bologna. The CD, whose title is “Quel Lontano Canto Era d’Amore”, is a compilation of chamber and opera arias composed in Bologna at the end of the nineteenth century, recorded in a CD (Edizioni Bongiovanni) and thereby launched to a wide audience for the first time in history.

In 2013 he made a successful national debut as Don Sandrino Ferraù (leading role) in Giorgio Battistelli’s contemporary opera Divorzio all’Italiana directed by David Pountney at the Teatro Comunale of Bologna; this opera was based on Pietro Germi’s famous film of the same name, with Marcello Mastroianni as protagonist. In December that year he sang Verdi’s Inno delle Nazioni at the Auditorium Paganini in Parma, from the concert “Giuseppe Verdi nell’Italia del Risorgimento” by the Toscanini Foundation with Philip Gossett as speaker.

In the spring of 2015 will be the artistic director and host of the closing concert of the 63 th National Congress of Lions Clubs, to be held at the Teatro Manzoni in Bologna.

In May of 2015 he will be Nemorino in Donizetti’s L’elisir d’amore at the Royal Opera of Wallonia in Liège under Bruno Campanella’s direction.

Cremonini has been invited to be a delegate of Italian culture and arts in Italy and abroad during several important official events organised by authorities and institutions such as ministries, embassies and consulates in various cities such as, among others, Baghdad, Berlin, Brussels, Istanbul, Mumbai, New Delhi, Rome and São Paulo.

Debut in jazz and pop music

In 2010 Andrea Mingardi invited Cremonini to sing Lucio Dalla’s extremely popular song Caruso next to renowned Italian pop artists such as Gianni Morandi, Lucio Dalla, Luca Carboni and Dodi Battaglia. The concert was the Maxiconcerto per la Basilica di Santo Stefano, a charitable event held at the Futurshow Station in Bologna (now known as Unipol Arena). National newspaper Il Resto del Carlino promoted the event, which aimed at raising funds to complete the restoration of the ancient basilica. In that occasion Cremonini met famous producer and composer Fio Zanotti with whom he began an intense artistic collaboration. He took part in numerous concerts along with Fio Zanotti, such as the 2013 Christmas Concert presented by famous presenter Paolo Bonolis at the Auditorium Conciliazione of Rome. There he sang Zanotti’s “Canto del sole inesauribile” song, obtaining vast success. The lyrics were by Pope Karol Wojtyła.

Assignments and project in the social and cultural sphere

In 2005 he is voted vice-president of the non-profit music association “Conoscere la Musica”, which has run concerts and festivals held at the Auditorium Sala Bossi of the Conservatory G. B. Martini in Bologna.

In 2006 he founds and becomes president of the “Progetto Cultura Teatro Guardassoni”, which is a cultural association that ensured the reopening of the ancient Bolognese “Alessandro Guardassoni” chamber theatre (1879) located at the Istituto Collegio S. Luigi. The theatre reopened with Il Macco, a dramma giocoso by Ferdinando Ranuzzi (first representation in contemporary times, with Paolo Valerio as director of scenes and Massimiliano Caldi as director).

He is president of the “Concorso lirico internazionale Città di Bologna”, which is a singing competition established in Bologna in 2007, sponsored by the Teatro Comunale di Bologna, the Municipality of Bologna and the Lions Club of Bologna. The competition has been under the artistic direction of Paolo Coni (2007 to 2009) and Cinzia Forte (2010 to 2013).

In 2008 he conceived and promoted the show “Festa Indiana a Bologna – A woman’s profile, La Donna nell’opera di R. Tagore”, held at the Teatro Guardassoni in Bologna, with the assistance of the Fondazione del Monte. The show was held before Consul General of India Sarvajit Chakravarti, with the assistance and sponsorship of the Consulate General of India in Milan and the Bologna Municipality.

In March 2012 he organised and became the artistic director of the Concerto per San Luca, in partnership with the Lions Club and the Church of Bologna. The event aimed at raising funds to restore the cloister of the Madonna di San Luca Sanctuary.

During the Fondazione ANT’s thirtieth anniversary held at the Church of Santa Cristina in 2007, President Franco Pannuti granted Cremonini the title of “Grande Sostenitore ANT”.

On 10th June 2008 the Committee on Culture of the Bologna Lions Club granted him the prize “37° Premio Nettuno d’Oro 2007” as the most prominent Bolognese artist of the year.

In 2006, during the opening ceremony of the ancient chamber theatre Alessandro Guardassoni located at the Istituto Collegio San Luigi in Bologna, he made his debut as set designer under the direction of Paolo Valerio, artistic director of the Teatro Stabile in Verona. The opera was the first national representation in contemporary times of the dramma giocoso Il Macco by Ferdinando Ranuzzi.

In 2008 he designed the sets of G. Holst’s chamber opera “Savitri” during Bologna’s Teatro Guardassoni opera season, along with Fondazione del Monte and G. Frescobaldi Conservatory in Ferrara.

In 2009 he designed the sets of Verdi’s La Traviata for the 130th anniversary of Teatro Guardassoni (1874) in Bologna.